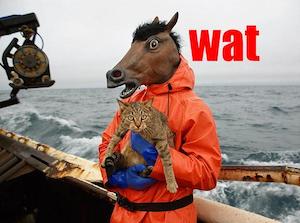 Yes. This article is about using non-breakable spaces to name tests. And the fact that it's awesome. And why you should use them too.

The code above is valid PHP code and works. Non-breaking spaces (aka &nbsp; in HTML) look like spaces in editors but are actually interpreted like any other character by PHP.

This is the kind of test that we usually see:

This is also the kind of method names we were writing at Wizaplace a few years ago.

At that time I was very impressed by a couple of talks which got me interested in coding style. Using snake_case instead of camelCase started to make sense in test methods because it lets us explain much more clearly what the test does:

(☝️ this is not PSR-2 compliant, I was dubious but yes, with time it's possible to get over it)

We ended up discussing this kind of naming in the team. Fortunately, this was also the time we were joking about writing a PHP 6 framework and playing with emojis as class or method names (which definitely works in PHP).

At some point someone trolled:

if we decide to not follow PSR-2 naming for test methods because of readability, we might as well use non-breakable spaces since it's even more readable…

That started as a joke but it just made sense. Since logic and humans don't always mix well together, we decided to try a small controlled experiment for a while and see if it was actually great in practice.

And it was great. So great that it has been more than a year now and we are still completely happy with it.

Test methods are clear and meaningful, here is an actual example of a diff of one of our pull request:

Since test methods look like sentences, we think of them as sentences and it makes all tests much clearer. Here are a couple more examples:

How to actually type a non-breaking space?

This is very easy and quickly memorized:

Does it work with all the tools?

In our experience yes, all the tools we use below work perfectly fine:

We have seen minor issues on Atom and Visual Studio Code (syntax highlighting was off), those were fixed by Florent in the following pull requests: atom/language-php#196 and Microsoft/vscode#26992.

Does it work with all the humans?

This might be the most difficult part: getting other humans on board. Every new colleague that joins the team has that "WTF" moment when reading the code. That goes against the principle of least astonishment, but we are so proud and happy with non-breaking spaces that explaining it is always a fun time :)

In our experience colleagues got on board pretty quickly, both junior and senior developers. Our team is still small though, it might be more difficult to introduce this in a large organization with multiple teams.

How can you tell if you've typed a classic space by mistake?

Again, in our experience it was never an issue.

Can it work in open source projects?

That is the only reservation I have at the moment. Using non-breaking spaces in a closed source project where the team can own the code and share the decisions is easy: if it works, keep doing it, else stop.

In open source projects it's more complex since most contributors will get their WTF moment without you by their side to explain. It may be confusing or even off-putting.

My personal stance for now is: